Animals, Cryo and So Much Unknown.

You are here: Home / Blog / Animals, Cryo and So Much Unknown.

Did you know that dogs, cats, and horses also develop cryoglobulinemia, and mice can naturally have cryo? 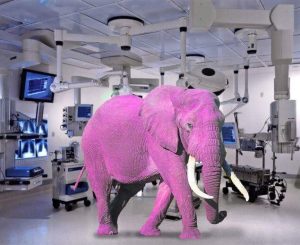 CRYOglobulinemia is likely as old as warm-blooded mammals, is my guess. Its evolution is utterly unknown. The ability to make cryoglobulins might be an old evolutionary trait or a new one. It might be that having cryoglobulins is a good thing in some situation or another, and that might make it a positive evolutionary trait if it allows one to live long enough to increase the chances of having offspring. We just don’t know this stuff about cryo, it simply has not been studied in that way to my knowledge.

Or are Hep-C infected B-cells placing the replicated virus into the cryoglobulin before it is released from the surface of the B cells?  We don’t know!

Are the cryoglobulins trying to eradicate the Hep-C?   We don’t’ know!

So this raises the question as to if the manufacturing of cryoglobulins abnormal or is it a normal process of the immune system which has gone awry in some fashion that we don’t yet recognize?

One can speculate endlessly, but the lack of credible information is the limiting factor. As far as I know, only one effort was made for a cure and it seems to be falling into disfavor; The stem cell transplant. It is a rather dangerous and experimental procedure.

Quantitative vs. Qualitative Cryoglobulinemia Testing and a Second Positive...
Translate »
Scroll to top