I’ve been diagnosed since late 2008. I’ve spent most of that time in treatment for it with pretty good results most of the time. My rheumy and I made a try for a medication free remission which lasted about a year. That remission failed in August of 2013, and until October of 2014 I was flaring pretty much constantly, even while being treated. In early 2014 it was discovered that I now have lung involvement, and we are trying to determine if it is gong to remit. In October of 2014 I stated on cyclophosphamide along with prednisone to force a remission (It seems to have worked!) and I have transitioned to an imuran and prednisone combination. This weekend I’ll try to reduce the prednisone a little and if all goes well I’ll slowly taper off the prednisone in stages and remain on imuran for remission maintenance while we try to figure out what i actually going on with my lungs. If the news is bad, it might not be survivable no matter what, but if the news is good, then it is all good 🙂

I’m no longer interested in trying for a medicine free remission until I get all the questionable stuff sorted out.  I have been considering rituxan. I want to gather more CT scans first.  I pretty much need to take the meds or start losing arms and legs to gangrene and likely expire. Plus I pretty much need to force remission to contain the lesions on my lungs. Yes, the cost of the medication is horrific. I basically switched to imuran to avoid the high price $900 / mo for cyclophosphamide, but I think the imuran is safer anyway, and I have had good results with it in the past, and it only costs about $60 per month. the prednisone is about $15 per month.
I have found that my flares are very much the same every time. In that sense, it is rather predictable. BUT, every now and then there is a nasty “surprise” event that is life threatening or severely damaging. I had an episode of foot drop and partial paralysis of my right foot (it has mostly resolved), I have had assorted blood clots, and at one point developed multiple pulmonary embolisms due to a rapid clotting cascade, now I have the issue with lung involvement. 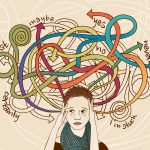