It has been a hard health year for Marianne and I but through it all we have been epatients.  We have tried to educate, engage and evolve along with the challenges.

One of the biggest personal challenges I have had to adjust to is that my health did not allow me to attend Stanford Medicine X 2013.  I too was granted an epatient scholarship to attend the conference, along with 34 other epatients.  I was looking forward to attending but you learn to adjust, adapt and accommodate when you have a chronic illness.  In the 2 plus months prior to Med X, I had a serious lung infection and could not get well.  Larry Chu and I spoke by phone and he assured me that I had to put my health first and miss the conference.  Larry said he would honor my scholarship for next year, 2014; for which I am very grateful.  Thankfully, the mainstage of the conference was livestreamed so I watched from the comfort of my couch.

Medicine X has been an integral part of the evolution of Alliance for Cryo.  I had hoped to network, connect and shake hands with the people I admire so much but the beauty of MedX was that I got to connect with folks via Social Media.  I am still playing catch up and trying to connect with all the amazing attendees.  Social media means so many things but to me it is a tool towards social justice.  I am a longtime activist born and raised in the heart of the streets disability civil rights movement, Berkeley, California.   I grew up knowing something was wrong with my body and identified with people with disabilities.  I learned to sign fluently, using American Sign Language by the time I was 14.  I became a sign language interpreter, Deaf advocate and part of the community trying for social justice. I went to college at the time The Americans with Disabilities was enacted in 1990.

I saw the same trifecta of themes at MED X; activists, advocates, and people with disabilities trying to get access, exercise their rights and share their lives and stories.

The epatients, healthcare providers and researchers I watched were all unique and diverse but united in one thing – improvement in health care with epatients at the heart of it all. 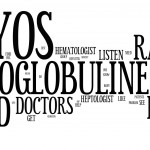