You are here: Home / Patient Stories / One Aussie’s Journey with Cryo

It was the winter of 2009, I noticed two spots had appeared on my thigh & I wondered if I had been bitten by something.  About a month later I was attending a function out of town for work which involved dinner & a night of dancing.  I woke the next morning to find a rash all over my feet & ankles. I thought it was either an allergic reaction or I’d been bitten by bed bugs.  My doctor wasn’t sure what had caused it but thought it would be a good idea anyway if I saw a liver specialist at a large hospital in Sydney as I had been diagnosed with Hepatitis C in 1992 which I contracted in the 80’s. I hadn’t really had any symptoms up until that point but off I travelled to the big city which was 5 hours from the rural town I lived in.  When I saw the specialist he believed I had vasculitis that was associated with the Hep C.  He ran some blood tests which came back positive for cryoglobulins.

So that was the start of my journey with cryoglobulinemia. I now know the rash I had is known as purpura & has been with me for over 5 years. It can become quite bad at times, to the point of forming lesions, which can be very painful especially when it is concentrated around my feet & ankles.  I’ve had times where all I could do was recline with my feet elevated on pillows & have had to crawl to go to the bathroom. The rash can spread over most of my body however it is normally worse on the legs & feet. Over the years I’ve developed other persistent symptoms such as joint & muscle aches which at their worst can feel as if I have a strained muscle.  My nerves have also been affected, I suffer from numbness, tingling, burning in my hands, feet & legs.  I have an enlarged spleen & in 2014 it was discovered that my kidney’s had been affected.  As a result I am anaemic & my blood pressure is high. It feels as though my body is slowly falling apart.  Whilst my symptoms are fairly classic for hcv related cryo I am quite different to many other cryo sufferers in that my flares seem to be worse during warm & hot weather rather than the cold.

Living with cryo hasn’t been easy. I still work part time& am lucky to work in an office where I can stay off my feet during a flare.  It is still a struggle though going to work, cooking meals & running a household as well as travelling 5 hours to my specialist appointments. I have had to spend a lot of time indoors out of the warm weather resting. Despite all the hardships I have tried to make the most of a not so good situation & live life as best as I can. I love going to watch my youngest son play football & visiting my oldest son when I travel to my appointments. I also enjoy catching up with family members & going to concerts when I can. I even went on a 14 day cruise one year which was only possible because I took a mobility scooter along with me to get around.

I am very fortunate to have met some wonderful people through the cryo support group I belong to. Without their support it would be a lot more difficult to cope with this disease.   I am hoping that 2015 will be a positive year as I have now started treatment for Hepatitis C with two new medications. It is hoped that if the hcv is cleared the cryo will dissipate or at least the symptoms will be greatly reduced. 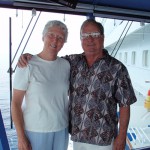 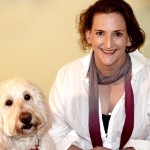 My Mama, My Guy and My Service Dog
Translate »
Scroll to top