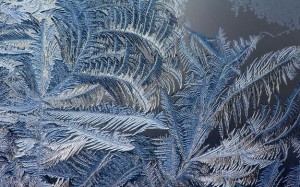 My name is Pam Witzemann and I was diagnosed with mixed Cryoglobulinemia associated with hepatitis c in late 2005 but looking back, I believe I started having cryo flares in my late twenties. When I was 19, I became acutely ill with what was diagnosed as serum hepatitis or hepatitis B. At that time hepatitis c was unknown and I was diagnosed on the basis of symptoms, as there were no blood tests. I seemed to fully recover within about year but after my second child was born, I was overwhelmed with fatigue and struggled to keep up with all that is required of a young mother. I also, began to have intermittent episodes of graying out that were never satisfactorily explained. I saw several doctors and had a lot of tests done but could never find any answers. Eventually, I gave up and stopped even complaining about my fatigue and generally not feeling well. In my thirties, I began to experience nerve symptoms in my hands and feet that would come and go just as my graying out spells would come and go. I developed a high heart rate, IBS, and rhinitis. Later I would find out that my enzyme levels were mildly elevated but my doctor didn’t say anything because he thought I was probably drinking even though, I didn’t drink alcohol at the time and had indicated as such. It was my gynecologist ( in 1994) who questioned me about my past diagnosis of hepatitis B and asked if I’d ever been tested for chronic hepatitis. I told her “no” and she ordered a blood draw. The results came back positive for hepatitis c but showed no evidence of hepatitis b. I am sure that the acute illness I endured at age 19 was hepatitis c.

I was among the first to be diagnosed and at that time, the disease was mostly unknown. I was rushed into treatment with interferon and was a non-responder. I was given a cyroglobulin test soon after treatment because of spontaneous bruising, rashes, and nerve symptoms in my feet. It came back negative and wasn’t repeated. I continued to have increasing myalgias with joint pain. I also, developed diabetes II and subclinical hypothyroid. Because of abdominal pain, I had an endoscopy that revealed gastritis of unknown origin. It was an unexplained attack of sciatica and joint pain that led my internist to check again for Cryoglobulinemia in 2005. This test came back positive but brought no relief as once again, I found myself diagnosed with a poorly understood disease.  In late 2007, my liver enzymes suddenly shot up and I was urged to try treatment again with the added help of an anti-viral. The treatment lasted a grueling 48 weeks and I lasted 44 weeks after suffering major side effects in every system of my body. Against all the odds, I cleared the virus and there was no sign of Cryoglobulinemia for about three years. The symptoms returned gradually and at first, I didn’t relate any of them to temperature. I was in denial. About a year and a half ago, I became very symptomatic with vasculitis and my denial was broken.

Since that time, I have been receiving treatment for my symptoms but in my hometown, Cryoglobulinemia is not well known and treatment specific to my disease has not been offered. I am in the process of visiting Mayo Clinic in Scottsdale, Arizona where I hope to receive the kind of treatment that will put my cryo back into remission. I hope soon, I will be able to share that success.

But Why did I have Cryoglobulinemia 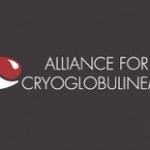 Try to Breathe: My life is what I’m going to make of it!
Translate »
Scroll to top