Sometimes, just sometimes, I find writing helps. But I find it difficult writing about illness. And the thought of subsequently publishing it gives me chills, as I’ve always been a person that really dislikes publicly admitting any hardship. Over the last while, I have found some solace in talking with others facing the same diseases and simply knowing that I am not alone facing them is and was a great help. Perhaps I could provide some commiseration to others in a similar situation or bring some awareness to the struggles that people living with a chronic illness face. So here is my story…

Throughout my 34 years, it seems that I’ve always dealt with some sort of medical issue. For many years it was migraines. I think I was in grade 5 or 6 when my first one struck like a thunderclap and left me curled in a ball in the school office delirious from the pain. Until I had my first child, those years were marked by very frequent tests, doctors visits and times when visits to the hospital for more effective pain medication happened multiple times a week. Once I had my son, my migraines became more and more rare, which doctors theorized was due to a change in hormones. I was happy and healthy. Ate well, slept well and spent a fair bit of time at the gym.

Then came the myriad of issues with my digestive system. I’ve had a number of minor surgeries for this, with parts and pieces removed, repaired or simply diagnosed; though many issues still plague me to this day.

Throughout this joyous time, I completed my welding apprenticeship and was enjoying my career. I truly liked the hard physical work. Over time, joint pain started sneaking up on me. I couldn’t squat or kneel, stairs were painful and ladders were impossible. I had numerous surgeries on both knees, some of which resulted in my being in a full leg immobilizer for months at a time. The pain and mobility never did improve significantly and eventually had to make some changes to the career path I loved. I moved into a more office based but still related role. I adapted and was accepting of it. But life threw me yet another curveball. And this time, instead of being able to catch the ball (or at least dodge it), it hit me smack dab in the face and knocked me on my rear.

Last year I started feeling more and more tired. And regardless of how much sleep I managed to get, I always woke up without feeling at all rested. The kind of tired I used to feel after weeks of working 7 days a week, 12 hour days consecutively doing physical work didn’t even compare. And I felt as if I had been in the gym the day before, pushing myself harder than I had ever done. The joint pain and stiffness for first few hours of every morning were (and still are) hellish. My legs started swelling, not just my ankles, but all the way above the knee. I started becoming out of breath after a flight of stairs. I had dark patches all over my face. My fingernails were twisted, bumpy and curling. I’d be covered in blisters from being out in the sun for short periods. Hands and feet always felt frozen and went pale or reddish in cool weather. Dizziness, nausea and blurred vision were frequent. The majority of my back has the appearance of a massive patterned bruise. My headaches returned with a vengeance. My memory, one of my best and most dependable assets, started to slip and even noticed that I would find myself ‘losing words’ mid-sentence.

I visited my family doctor and was sent for many tests. Nothing conclusive. He referred me to a specialist in internal medicine. My specialist was a wonderful lady but after multiple appointments and hundreds of tests (no exaggeration, I kid you not) that gave no definitive answers, she took a rheumatologist friend out to lunch and asked her for some input or advice. Not long after, I was sent to the rheumatologist and sent for another battery of tests. I walked out of her office that day with a fistful of requisitions that had nearly every test on every page ordered and multiple imaging tests booked. Many of them were genetic and cellular tests that needed to be sent to specialized labs.

Finally, after another couple appointments and yet more tests, my rheumatologist has diagnosed me with systemic lupus erythematosus (SLE) with cryoglobulinemia. But apparently, I’m an oddity. Having Lupus without antinuclear antibodies (ANA) present is rare but I repeatedly test positive for anti-double-stranded DNA (anti-dsDNA) which is more specific to SLE. I’ve also tested positive for cryoglobulinemia which led to a diagnosis of cryoglobulinemia secondary to the SLE. What is cryoglobulinemia? Well, it’s a rare disorder, a type of vasculitis caused by abnormal proteins (antibodies) in the blood called cryoglobulins. In cooler temperatures, these proteins become solid or gel-like, which can block blood vessels and cause a wide variety of problems depending on where blockages or blood flow restrictions occur. Any system in the body can be affected including kidneys, lungs, skin, heart, brain and anywhere in between. Staying warm is the primary way to prevent complications. Scouring the internet for information on Cryoglobulinemia secondary to an autoimmune disorder as opposed to a diseased caused by HCV has been extraordinarily difficult. But so far, I’ve been lucky compared to many others with the disease. I’ve been able to meet a few other people online with Cryo and they have been incredibly helpful. Some of their stories are scary and heart wrenching. Many have had amputations, organ failure or faced other life-threatening consequences of the disorder.

And sometimes isolation and fear overwhelm me. I desperately miss being able to do everything I used to. I’ve always loved being outside, but now with the photosensitivity that can bring on Lupus flares or cold-induced problems from the Cryo… it seems that being inside, out of the sun, in a temperature controlled environment is an important way to reduce the frequency and severity of flare-ups or organ damage. I miss sleeping in until 10 or 15 minutes before I have to wake the kids up for school…I now wake up at 5 am to take meds just so that my joints and muscles have the opportunity to loosen up a little bit before I have to get the kids up and ready at 7 am. I miss working, most of the time I really enjoyed going to work and solving challenges as they arose (as well as the face to face interaction with other adults). I hate having to ‘budget’ my energy; if I feel pretty decent I still have to avoid overdoing it, as I’ll always pay for it to over the next few days… leaving me teary-eyed, medicated and still trying to act as normal as possible for the sake of those around me.

Caught among my whirlwind of medical jargon, endless researching and feeling of foreboding, are my amazingly supportive husband and 2 wonderful children.

Due to circumstance, my husband has to work out of town during the week. I know he would love to be closer to home to help more with the day today, but it’s just not feasible at the moment and he does whatever he can on his days off (and I’m sure that it’s incredibly stressful and tiring for him too). A nicely maintained yard and a very clean home have always been very important to me and I’m struggling to change my priorities and lower my standards a bit. So what if my windows have some fingerprints? Or I don’t wash walls as frequently? Or my ceiling fan needs to be dusted?

But the gnawing ‘mom-guilt’ is a never-ending battle. I feel terrible that my health is a frequent determinant of the activities the kids can be involved in (having friends over, participating in extracurricular activities or doing other fun things that involve significant parental participation). I hate that my youngest, that can’t stay by himself at all yet, has to miss school every time I have a morning specialist appointment that involves traveling to a major center. I hate that the boys have learned to cook a few small meals, not initially because they wanted to learn, but simply because sometimes Mom just is not able to. They are both very helpful and empathetic though; either one seems to be able to recognize the subtle changes in my movement, see the grimaces I try to hide or the slight change to my voice that means it’s a day where I’m not doing very well. And I must say, between the two boys (8 & 13), they can make a great dinner of, for example, baked mushroom pork chops, rice, and steamed veggies. On the bright side, I’m confident that they will grow up to be capable adults that are able to confidently cook varied meals, do their own laundry, identify and use a vacuum and know how to change an empty toilet paper roll in stark contrast to the comical millennial stereotype.

In all seriousness, chronic illnesses differ from a normal, temporary illness (like a cold, flu, infection) in, that when a ‘healthy’ person gets sick, regardless of how terrible you feel, you can always look forward to improving, feeling better and carrying on with your life as it always was. The passage of time while you’re ill with a ‘temporary’ illness is a blessing, bringing you ever closer to being ‘back to normal’. For someone with a chronic illness, the passage of time is terrifying.

By many standards of the conditions of which I face, I’m doing pretty well so far. But I cannot look forward to a major improvement over the years ahead.

There are shorter-term treatments that can relieve some symptoms, like steroids, chemotherapy (eg. Methotrexate which I am on) or biological drugs; which are unpleasant and some, like the biologics are extremely expensive and not often covered (in my neck of the woods anyway). Another of the drugs I am on, that I will likely be taking for the rest of my life typically reduces the frequency/severity of flares but there is no cure.

As I adjust and learn to accept my ‘new normal’, I have to remind myself of the positives and make the conscious effort to find happiness and purpose wherever I can. Life goes on and so must I.

****If you (or a loved one) have been diagnosed with Cryoglobulinemia, I highly recommend visiting the  “Alliance For Cryo” website and joining their great support group on Facebook. 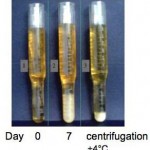