You have What? 10 years of Living with Cryoglobulinemia.

You are here: Home / Blog / You have What? 10 years of Living with Cryoglobulinemia. 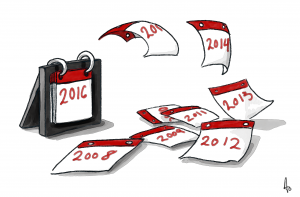 As I’m in the Cryo club myself and can remember the diagnosis and the unknowing isolation it brings, here is my take on it 10 years later. …………..Cryoglobulinemia, the basics.

A diagnosis of Cryoglobulinemia means your medical team have identified a rare health issue they can put a name to, which pleases them. Not having a cure doesn’t. They have no concept of the realities of daily life with Cryoglobulinemia so apart from offering drugs which may indirectly help, harm your health in other ways, or not, they are helpless. As for advice about living with Cryo on a daily basis, the best I’ve had in 10 years was to perhaps move somewhere warm! Cryo is most often (but not always) secondary to another health issue, in my case HepC, which was cured with Interferon and Ribavirin. In theory the Cryo goes when whatever provoked it is cured. But not always.

As its name suggests, coldness (body heat loss) is the trigger for Cryo problems. When any part of your body decides it has felt a temperature drop your autoimmune system releases Cryoglobulins into your blood stream, which thicken the blood. This causes two problems. Increased pressure in veins etc and poorer oxygen carrying ability. Convincing your body it is warm again reverses the process, blood thins to normal, oxygen supply returns and blood pressure drops. It may take seconds of cold exposure to trigger a small, even unnoticeable Cryo flare. But those Cryoglobulins in your blood will not reabsorb back so quickly. Which means that another cold exposure, before fully recovering from the first results in a build up of Cryoglobulins in the blood stream. Repeating this cycle is when its effects become apparent. Ultimately there’s so much uncleared Cryoglobulinemia in the blood that one more small exposure is too much and things go wrong. Purpura being the most obvious. Falling unconcious is my most extreme so far.

During a Cryo flare oxygen supply from full lungs to needy body parts/brain is reduced. So mental fogginess, moodiness, rheumatic aches and pains, massive fatigue, unusually poor stamina, heavier than usual breathing are all signs to watch for. “Pushing through it” is simply asking more from a diminishing supply, as well as potentially dangerously increasing stresses in other vascular ways. Especially if the life cycle that got you in this state isn’t changed.

Even as you sleep Cryoglobulinemia doesn’t care where, when or how that bit of cold got on your skin, or in your lungs, only that it did. So it’ll thicken your blood a little. Which is the door to a downhill Cryo slide.

For me it’s now 12 months since my working life became unviable. 3 months of being unable to do anything but hole up indoors returned me from useless in all senses, to ‘normal’! From this experience I learned to be more tuned in to my body re cold exposure and how it is affecting me, and to recover fully (or as near as possible) before provoking the Cryo again. I have learned that successive small cold exposures tot up (add up). . .  that Cryo clears much much more slowly than I’d wished and that only “enough” recovery time is enough.  Anything less and my next Cryo flare has a head start with the leftovers from the last flare.
Prevention and planning are my best Cryo survival tactics. And listening to what my body is telling me. Exposed skin is face and hands. Anywhere else is a Cryo invitation. As needed, layering of clothes, lots of warming accessories and blankets help keep me well. Body heat loss comes in many guises. Don’t let it catch you out. And if it does, only enough recovery time will clear all the Cryoglobulins. Anything less gives the next Cryo flare a head start. Lots of small cold exposures in a day catch me up in the evening or next day. One big cold exposure floors me there and then. But enough time wrapped in blankets in a steady temperature, draught free room always bring me back to normal sooner or later. Outdoors, the greenhouse effect inside a car is my Cryo recovery sanctuary.

I’ve also learned that prevention is a great tactic but sometimes things go awry and that is when it’s time to listen to your body, bale out and get warmed up asap! I’m amazed at how subtly Cryo can floor me and that it can happen in so many unexpected ways. I’ve learned that massive fatigue and aches and pains can be fought through but that a foggy brain is a dangerous thing. (Driving while Cryo whacked?) I’ve learned through the Cryo Secret Support group that I’m not Cryo alone (Thanks Marianne Vennitti for the invite) and that shared knowledge is a powerful tool. The biggest lesson tho has been that suffering may be unavoidable but that misery is optional! Have Fun!

Cryoglobulinemia: How the body loses Heat 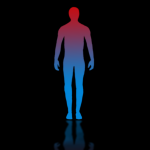 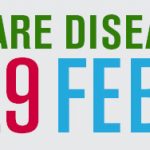