B Cell and Cryo

It has been speculated that B cells are living too long due to apoptosis failing, as they age past their pre-programmed expiration date they start producing cryoglobulins. It is very likely more complex than this, but failed apoptosis (programmed cell death) is one cause for B cell proliferation. However it is unclear if the failure is in the message sent to the B cells to die or if they are ignoring it. One clue is that in the case for HEPC patients is that cryoglobulins will frequently contain fragments of HEPC RNA. Cryoglobulins do appear to function as an immune system component, but they basically trap targeted antigens by snaring then in their spider-web-ish structure and ripping them apart under electrostatic tension. It is sort of like the Borg in Star Trek. They tear things apart and incorporate them into their molecular structure. The down side is that cryoglobulins behave a bit like both antigens and antibodies which results in a runaway immune system when the immune system basically attacks itself. I tend to interpret the cryoglobulins as the immune systems last desperate effort to rid itself on a source of long standing inflammation. This is not entirely true but it helps me to visualize it. Also, one thing that I suspect may be true is that in cases of non-HEPC cryo, one may benefit from keeping the immune system suppressed long enough, and deep enough to sometimes be effectively “cured”, or at least permanently in remission. This is also speculative, but the fact that stem cell transplants often “cure” cryo strongly suggests that something along this line is going on. 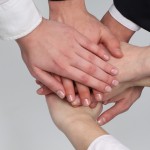