Below , I have listed some common DMARDs in order of their basic action on the body, this list is not complete and you will want to search the internet and find further information on your favorite DMARD with regard to risks, safety, drug interactions, and side effects.

Five Stages of Accepting: Learning to live with Cryo. 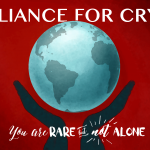