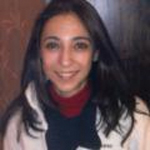 Since September 2012, the fatigue and the pains have increased; the blood tests and various examinations show anomalies but nothing worrying as far as my GP is concerned who, following an emotional shock which occurred around the same time, said that I have depression, and wanted to put me on anti-depressants and have me hospitalised. After I categorically refused, explaining that my brain is fine, but not my body, we agreed for me to be hospitalised at an Internal Medicine University Hospital (thanks to my husband’s support). Thank God they found this and I avoided treatments and care that I did not need.

I’ve been having health problems for the past ten years (my problems started at age 19), recurrent bilateral kidney stones, hepatic and renal colic, accelerated transit procedure, joint pain, memory loss, severe fatigue ….., always with abnormalities in blood tests but nothing alarming. I am rather active – I am married and have 3 children, a company….a dream life, even if sometimes I have to force myself to manage everything. As the years pass, day-to-day life becomes harder to manage. I used to say to myself “do something, you were not like this before”, or “I am becoming more and more lazy” in addition to a little comment from people who care “there’s always something wrong with you, you are either tired or you are in some sort of pain”; psychologically I was certain about my mental state, but hearing people judge you (something that would not affect me under normal circumstances because I know what I’m worth and I’m well aware of people’s need to gossip), and with the the fatigue, I started to withdraw myself from the world. I moved homes, I started from scratch, new friends, decorations…everything was fine and then suddenly, it started again.

September 2012, emotional shock, followed by heavy pain, fatigue, colitis, purpura, psoriasis…. new doctor after the move, who diagnosed me with depression and wanted to put me on antidepressants, and make me see a counselling psychologist …. (ah yes, he diagnosed me with psoriasis in the foot and leg, after 3 weeks of aggravation and it being pushed in the 4th week, I consulted a dermatologist who assured me that it’s purpura in the leg and psoriasis in the arm and neck.) After 8 months of explaining that my mental health is fine, but not my body, I was hospitalised after going to the emergency room for “pancreatitis” (fortunately my husband supported me and insisted for me to be hospitalised in general medicine) and the university hospital found type III cryoglobulinaemia, apparently an essential mixture. There will be a consultation with the professor at the end of August 2013, and hospitalisation in rheumatology – I don’t I know why.

GPs are very poorly informed on this disease, it was a real battle between me and my doctor who thought I was mad, and thus I was falling into depression, I began to believe that I had to take antidepressants and undertake treatment….I would have never made it through on my own, thankfully my family was there and I found another doctor who supported me, was familiar with the disease and particularly reassuring repeating that I have no psychological problem that requires treatment or hospitalisation.

So that’s my story. This is only the beginning, when I read about other experiences I feel very unimportant compared to other people suffering and experiencing much more serious problems than me. I hope that sick people will keep their morale high, life is sometimes hard and unfair but we can make it, only if we are strong; it’s easier if there are two of us, therefore much easier if there are many of us…. 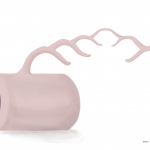