You are here: Home / Blog / Essential Cryoglobulinemia is Real! We need more research!

When the association of cryoglobulinemia with Hepatitis C was found, it soon prompted many researchers to declare that cryoglobulinemia is ALWAYS caused by hepatitis C, this assertion is completely without foundation as many persons with non-hep-C cryo do exist.

Today we know that cryoglobulinemia can be caused by other autoimmune disorders, certain cancers and leukemia, MGUS, and a variety of rare, unusual tropical diseases, as well as toxicity from various substances. The list of known causes is long, and growing. In the past, cryoglobulins have been referred to as an “abnormal protein”. it turns out that many people have detectable levels of cryoglobulins but are completely asymptomatic. It may well be that cryoglobulins normally are present in small amounts, in most, or all people. Furthermore there is growing evidence that, in some people things that affect clearance of cryoglobulins may also be a player in cryoglobulinemia…. Cirrhosis caused by a number of different problems such as non-alcoholic fatty liver disease likely have an association with cryoglobulinemia…

Even with that, there still remain a few individuals who have cryoglobulinemia with no apparent cause.

It is very likely that some individuals have a natural tendency to develop cryoglobulinemia, which eventually becomes active when the “right” environmental trigger comes along. It could be a passing virus, or any source of long standing inflammation. It could also simply be a random mistake made by the immune system. It is simply a big unknown, and there is a lot of speculation, and little research on the subject.

To-date, little research has been done on essential cryoglobulinemia.The reality is that modern medicine does not know how to identify it, and barely acknowledges it. Yet, people who have it do exist.

In all probability essential cryoglobulinemia is a different disorder than cryoglobulinemia caused by Hepatitis-C, but the medical profession has yet to look into the matter and it does not seem likely that this will change soon.

In the strictest terms, the answer to “is essential cryoglobulinemia real?” is a definite “nobody knows for sure”, but the hard reality that patients with cryoglobulinemia must face is that some of us definitely do have cryoglobulinemia with no apparent cause. Some doctors seem to be aware of this, and others are in denial.

What we need is more research and better advocacy in order to let the medical profession know that we exist, and that we will not be ignored or forgotten. 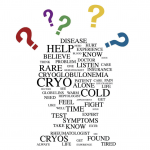 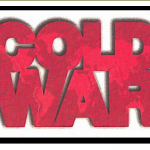