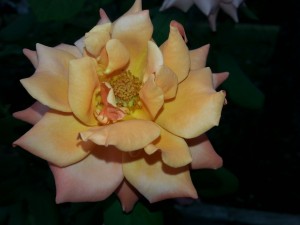 In early November of 2008 I began experiencing odd symptoms. I started having mild arthritis-like symptoms that sort of came and went. I went to see my GP and raised the question of rheumatoid arthritis. The doctor was kind enough to give me a prescription for a common non steroidial anti-inflammatory drug (NSAID) called Naproxen sodium. At the same time he ordered a test for rheumatoid factor. The RF test came back with a titer of 12… not very conclusive. In a week or so the symptoms seemed to disappear, and during the week of Thanksgiving I suddenly found myself having very strong arthritis like symptoms. I started on the NSAID again, and the symptoms improved and I continued with my usual activities. After a few days the symptoms suddenly returned, even stronger, and the NSAID no longer seemed to work at all! Very quickly I developed a skin ulcer between the last two toes of my left foot, and I began experiencing raynauds phenomena every now and then. I went to a local wound clinic and they looked at the ulcer and advised me to go to a particular hospital in the area and check myself in at the emergency room… which I did right away.

By the time I was admitted to the hospital I had already developed the beginnings of dry gangrene on several fingers and the skin ulcer had expanded to the top of my foot and was nearly an inch in diameter. My feet were so swollen that I could not get my shoes on.

At the hospital they began testing, and opted early to treat my symptoms (forunately), but my condition continued to worsen. By the third or fourth day the virologist who was working my case came to me and said something to the effect of “We have ruled out virtually all of the possible causes for your condition. We don’t know what you have. If you have any information, or ideas that might be helpful, I’d appreciate it.”. I said to him. “I’m wondering if it is autoimmune?”, he responded with “Why?”, my response was not the most lucid , but I remember saying something like, “because I’ve never had a condition where the symptoms seemed to appear and disappear in minutes, like this”. He responded with “I’ll see if I can find a rheumatologist, these people are hard to find and tend to not make hospital calls, but I’ll try.”. The next day I was greeted by a very nice lady who introduced herself as a rheumatologist., the latest member of the team working my condition… After the introduction she said “I have some Ideas, and while I can’t make any promises, I’ll try to diagnose this…. I am going to order some blood work….”.

About three days later she came into the room with a big smile on her face and a thick folder of printed information. She said “I have good news , and I have bad news which do you want to hear first ?” I said, “give me the good news first…”, she said “the good news is , I know what you have, the bad news is that is is not going away, but I can treat it….” She went on to say; “You have cryoglobulinemia.”, and she handed me the thick folder with the printed information as she explained briefly what it was…. I had never heard of it before. The folder was printed references from various papers explaining what cryo was, and how it is commonly treated. By this time the gangrene had covered all of my fingers (but not my thumbs) by about 50%. Before it was over I ended up losing the tips of two fingers to the gangrene.

After a couple of weeks of recovery I was released from the hospital with my wounds treated, and a prescription for prednisone. I recall it was new years day, or shortly thereafter. I had been in the hospital for a month!

Over the next few weeks some additional testing was done. Lupus had been ruled out early at the hospital, there was no indication of cancer, and I was negative for Hepatitis A, B, C antibodies and negative for Hep-C RNA, all of the usual causes for cryoglobulinemia were ruled out.

My cryo appeared to have no plausible cause.

At home, I continued to live my life, went back to work, and after about five months and numerous skin grafts, the ulcer on my foot was healed. I eventually transitioned to imuran , and after a few months the prednisone dose was reduced to maintenance levels of 20 mg per day. In the following two years there were occasional flares and incidents of blood clots on my lungs, and partial paralysis of my right foot… but eventually remission was established and the prednisone was carefully withdrawn.
After over a year of no flares at all, I began tapering off of the imuran carefully…. I eventually enjoyed over a year of medication free remission. In August of 2013 I began flaring again, and imuran and prednisone were started. Initially the cryo remitted, but began flaring again and again, with worsening symptoms.Eventually I landed in the hospital , early in 2014 in respiratory distress. Cavitary lesions were found in my lungs, and I was in for another round of illness and diagnostics and yet another month , overal, in three hospitals. No clear cut diagnosis was obtained. One hospital came to the conclusion that I had Wegners granulomatosis, but the existing medical evidence does not adequately support that notion. A lung biopsy went bad and resulted in a collapsed lung, and in the process of fixing the collapsed lung, I was apparently inoculated (accidentally) with bacterial pneumonia….. Just three days after being released from the hospital, I suddenly found myself in the hospital *again* with a fever, tachycardia, and difficulty breathing. A round of antibiotics fixed me up and I went home with a new dislike for going to any hospital….. After yet another very bad flare, it was decided that cyclophosphamide might be more appropriate… and this is where I am currently at medically…

Here is where the real story begins…

After being diagnosed with cryoglubulinemia I was initially curious, and began searching the internet for scholarly papers and case reports. What I found was that there was not a lot of good information about cryo around. I found that there was quite a LOT of misinformation about cryo on the internet. I also discovered that there was not much available in terms of support groups for this condition.
After a week or two, the “curiosity” phase ended with the hard realization that this conditions was:

A) incurable
B) life altering
C) potentially fatal, and would certainly shorten my life.

At first, I was greatly depressed… this depression lasted for a month or so.

Eventually I decided that I simply could not allow this illness to defeat me., that I wold rally as best I could and move on with my life.

I set up camp on the autoimmune forum at the AAARDA web site (the forum at AARDA is no longer). Since there were no written accounts of what it is like to have this disease I would blog my experience there. Now and then other people with cryo checked in , they were usually looking for a support group. i found that blogging my experience helped me get through the depression, and helped me accept my condition and learn to live with it. I guess different people cope in different ways… I made a conscious decision to try to educate myself about autoimmune disorders, particularly cryoglobulinemia… As a scientist, you need to do the research when confronted with a problem to solve, so you need to read up on cryo, get educated, so that you have the knowledge you need to make informed choices that will affect your wellness..

For a while it looked as though I had hope for a more or less normal life. Now I realize that it simply is not possible, but I am okay with that. I now understand that in order to be “normal” , you have to be “normal” and having cryo is decidedly NOT a normal lifestyle. But you can live your life with cryo and you can be happy. 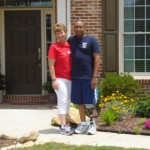 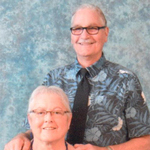