You are here: Home / Blog / During an Early Cryo Flare: Potassium, myopathy, and myalgia play a ro... 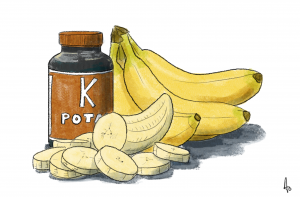 Potassium, myopathy, and myalgia in cryoglobulinemia.

Sometimes during the early stages of a pending flare , we notice muscle weakness, and sometimes achy , sore muscles. We also might notice that we are experiencing rapid weight loss early on.

The weight loss can often be partly attributed to myopathy…. a loss of muscle mass. Muscles can become weak, and are easily injured at this time, and muscle pain (myalgia) can result…. particularly in the legs.

Here is a trick that I have used before, which has worked well for helping reduce the pain of sore, achy muscles during the early stages of a flare.

Years ago I used to race bicycles. After a day of the intense workout that racing brings, I noticed that muscle aches were common… not very surprising. What I eventually learned was a simple way to help alleviate the aching. This involves potassium. I eventually learned that I could eat small amounts of food containing high levels of potassium to relieve the achy muscles a bit. These foods include: jalapeno peppers, banana peppers, and bananas.

Flash forward to now… I no longer race bicycles, but the problem of a sore overworked muscle is still the same.

Faced with a flare building up, I decided to give taking a potassium supplement a try. After clearing the idea with my rheumatologist, I began taking a single 99 mg potassium tablet with my morning medications. In the first day the achy muscles improved, and I continued with the potassium for 3 days, then stopped, and had no more achy muscles. Granted, I was still flaring, but at least one problem had improved!

I think that if this does not work for you right away, then it probably won’t work at all. But I figure that this might work for at least a few people… but DO be sure to talk about it with your doctor before trying it. Alternatively, if you like banana peppers or jalapeno peppers, these are rich sources of potassium as well. 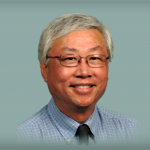 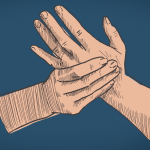